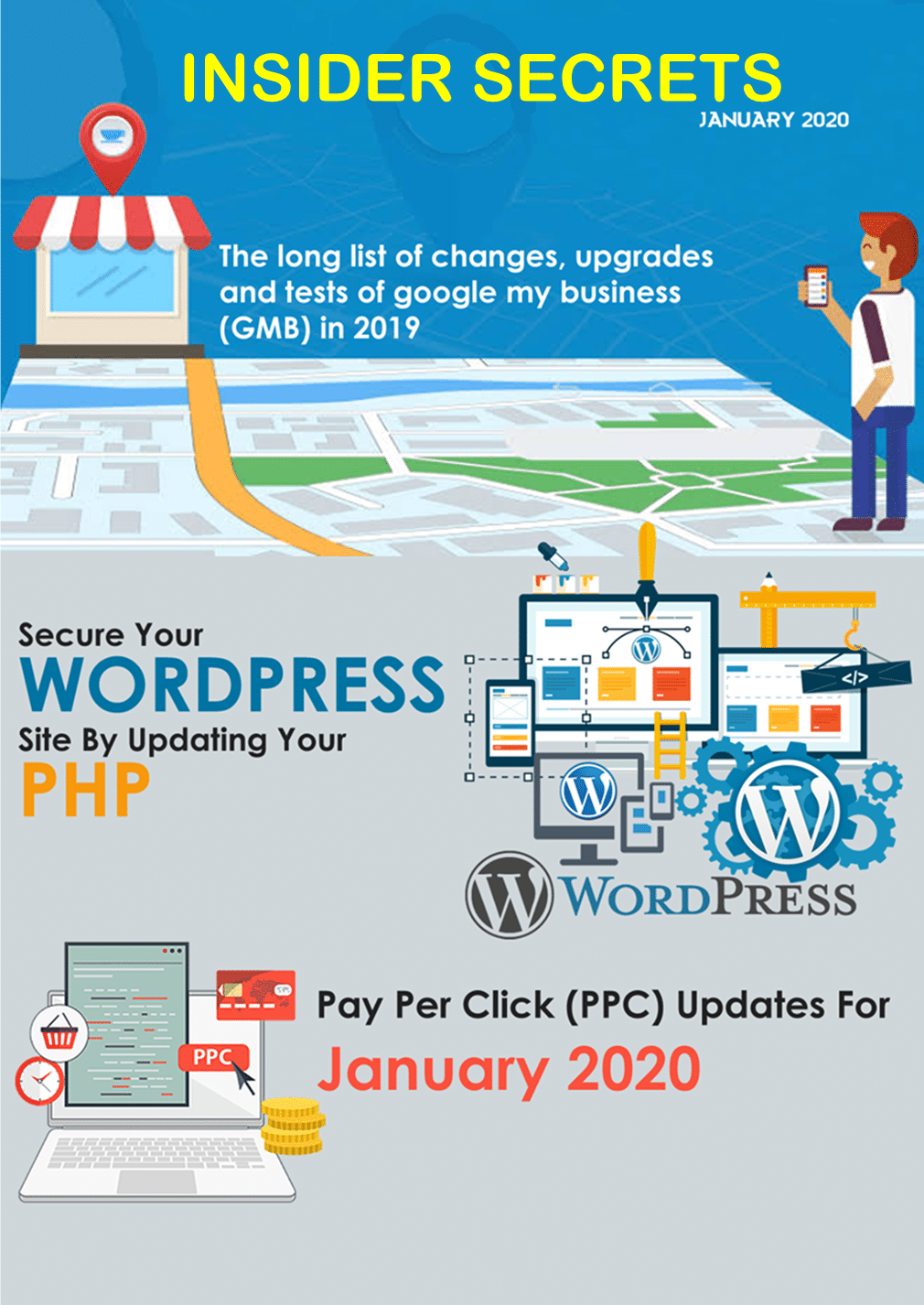 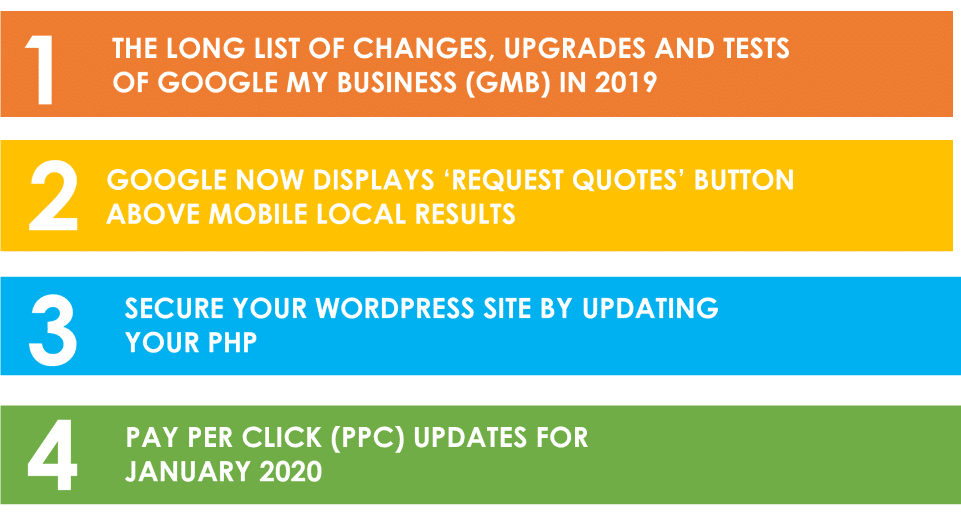 Google My Business (GMB) has become an important part of local businesses. Google is less keen than ever on third party citations and off-page signals and is now relying heavily on content in GMB for ranking.

GMB made several headlines with a host of updates, which would be too vast to cover in one article. With four major Google Algorithm updates, there was at least one major local algorithm update in addition that tied to neutral matching.

Following is a summary of most of the updates and changes that happened in GMB this year, along with a few that are strictly not related to GMB.

July: Get a Quote and Place Topics

Many of the above changes have impacted local marketers, but certain developments are more important than others. Google is using machine learning extensively to improve the relevance and auto-generate content for uses that vary by query and context.

Keep reading for upcoming updates in the local search world.

Do You Have Questions About Google My Business? Contact Us!

Looks like Google is out to test another new feature on local results. Last month, a ‘Request Quotes’ button made a sudden appearance above the local pack on mobile.

The ‘Request Quotes’ button appears to be in line with Google’s efforts to make Google My Business (GMB) an engagement platform. First spotted by Tom Waddington, this new feature allows users to simultaneously request quotes from multiple businesses, provided they all have messaging enabled.

While any listing can appear in the initial 3-pack, messaging has to be enabled for a business to appear in the results that come up after tapping the ‘Request Quotes’ button.

As of now, it is not very clear whether Google has already launched this feature or if it is still in test mode. However, what we do know is that besides enabling messaging within the GMB app, it is also important that the quote requests are replied to within 24 Hours. Failure to do so may lead to deactivation, for not being able to keep up with the responses.

Managing a WordPress site? Make sure you review what version of PHP your site is running on.

As of December 2019, around 62.2% of WordPress sites are running on outdated, prior to 7.2 version of PHP. These sites are vulnerable to hacking.

The safest PHP version that you should be using is the current revision, 7.4 or version 7.3.

The prime reason why you need to update your PHP is that the versions prior to 7.3 are no longer receiving security patches, without which your site becomes extremely vulnerable to hacking.

Final Takeaway – Considering the fact that only 37.7% of websites are on PHP version 7.3 or higher, chances of you having to deal with this issue are greater, at least on one of the sites that you manage.

When you log in to your WordPress dashboard, you will see a warning message which is a clear indication to update your PHP version. 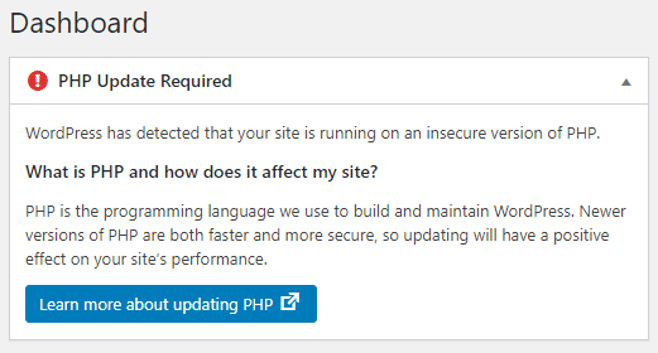 Upon seeing the message, you need to contact your hosting company and ask them about the steps that need to be taken to get your PHP updated to version 7.3 or higher.

Although your hosting company will assist you with everything, you will have to check on all of your plugins before updating.

You can even check the version of your PHP by installing this PHP plugin. Have a look to find out where each version of PHP is in their life cycle according to php.net.

Updating your PHP isn’t complicated. You can start by backing up your website. However, outdated plugins and themes can make it seem complicated.

At times you may find that the older plugins and older themes or the custom plugins aren’t compatible with 7.3 or higher versions. Before updating your PHP, it is advised to check which ones are likely to create incompatibility issues and get them updated or replaced.

If you have a very outdated theme and are looking to update it, you will have to make certain adjustments for a more recent version. Themes that have a high risk of upgrading problems are those that use advanced editors such as Visual Composer. We have observed that these editors usually generate layout, menu, etc. problems when upgrading the theme.

To avoid facing any problems, it is necessary that you resolve any issues before upgrading your PHP version. We suggest you follow the process in the following order to make things easier.

Besides, you can always reach out to us if you get stuck at any stage! Our experienced personnel will help you out.

Get an Online Marketing Analysis For Your Business