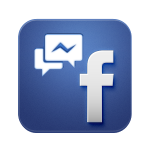 Facebook Messenger took both Android and iOS users by storm when it arrived in 2011. By March 2015, the app reached 600 million users. Less than two years later, the app has over 800 million users.

Facebook isn’t content at stopping there; it wants to become the everything app. The company has huge ambitions for the app, saying that it’s a mere 1% done with what they’re planning on doing with it. Given what they’ve recently begun, that number seems to be a fair estimation. 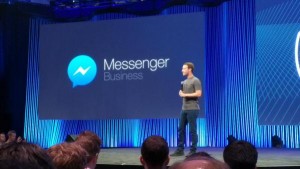 Facebook, which has nearly 1.5 billion users, obviously wants their users to utilize Messenger more fully and integrate it into their daily lives, but it’s not going to be solely for individuals anymore. They have recently unleashed Messenger for Business, which provides businesses with a valuable tool to keep in contact with their customers.

The app works both for customers and for businesses. For customers, it allows individuals a way to communicate directly with customer service, similar to a live chat feature found on many websites. For companies, the new Facebook Messenger allows them to contact a type of mailing list when special promotions or events of interest arise.

Of course, companies must determine what counts as useful information and what constitutes spamming.

Companies seem to be toeing this line very carefully, letting customers engage more with them than vice versa. One way they are accomplishing this is through utilizing chat bots as Imperson is doing.

Imperson is a company that utilizes AI to engage customers in simulated conversations. Over Messenger, they have begun to utilize this app to full effect, engaging users with characters from Back to the Future and Unfriended. In the case of Unfriended, they were able to virtually chat with Laura Barnes, a disturbed teenager from the film, prior to the film’s release. Upon the release of the film “Laura Barnes” would notify them, as well as when the movie was released on DVD.

This strategy has been touted as an important and effectual tool for marketing. The core idea of engaging a customer in a fictional world isn’t a new one. The television show Lost was famous for developing “alternate reality games” where viewers were able to engage with extra materials and unearth new stories related to the series, rather than be a passive viewer.

It is in this way that Messenger is being utilized by companies like Imperson to offer a give and take experience with the customer, rather than having a customer be somewhat of a passive participant in the product or service.

With such innovations from Facebook will certainly come more innovative solutions from businesses regarding how to capitalize and further engage with customers.