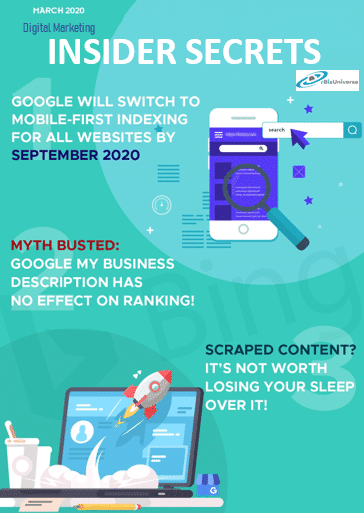 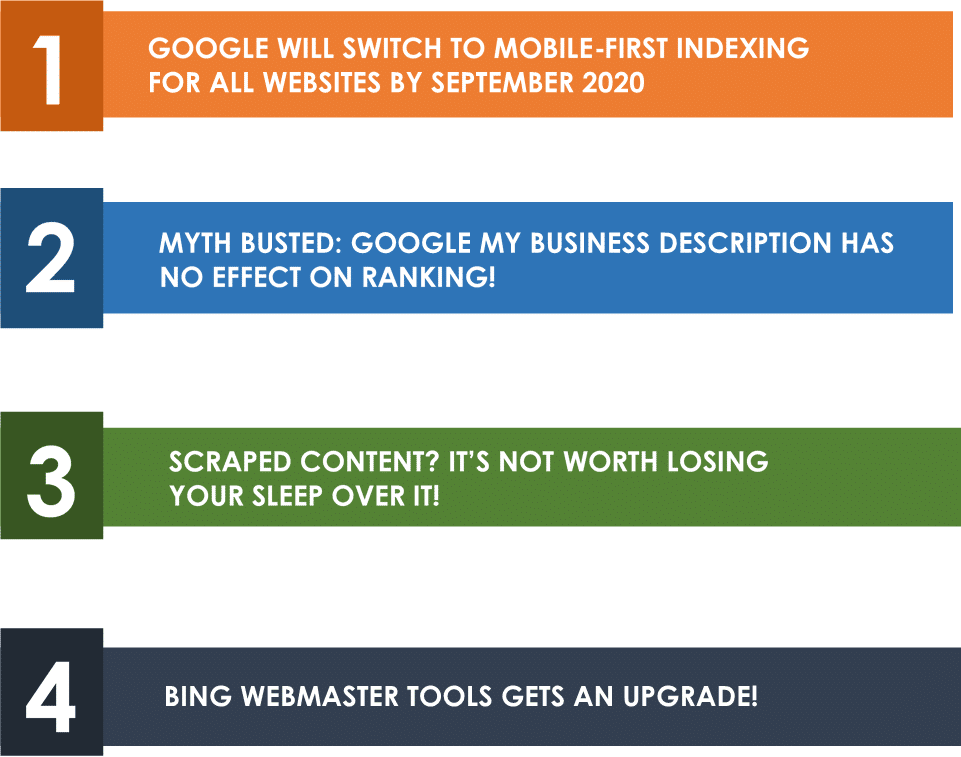 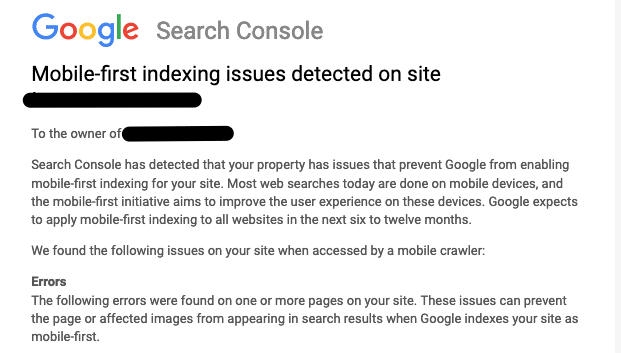 In a recent announcement, Google has now confirmed that it will completely switch over to mobile-first indexing for all websites by September this year.

Mobile-first indexing was first introduced by Google in November 2016 and by December 2018, half of the sites in Google’s search results were from mobile-first indexing. It means that Google crawls websites from the eyes of a mobile-browser and uses that mobile version indexing and ranking.

Our take on this:

When you receive any such notice, you should read it and take needed action. Failing to do so might impact the indexing and ranking of your web pages in Google. As always, if you need any assistance with making your website mobile-ready, we are ready to help!

Do You Have Questions About Google Search Console? Ask Us!

There was some discussion on Twitter last month about an update in the Help Center that suggested that the description field in Google My Business played a part in helping you rank better.

We tested it ourselves and found that the description field has ZERO impact on your ranking in the 3-Pack. And this is how it should be; because if Google makes ranking a cakewalk, the results would be nothing short of mediocre, and that would be bad for both Google and its users.

The document said the following:

We got in touch with Google to bring misleading information to light, and a day later, the part at the top was removed. The removed excerpt was:

“Think about the words customers would type to find your business, and make sure that your listing actually includes those keywords within it.”

The new and updated text read:

Our take on this:

Although the information is still unclear and misleading, we are sure Google will keep updating to give a clear understanding that using a ton of keywords is not the way to improve rankings.

Scraped Content is the content that is copied from other places on the web and pasted on a particular website as if it belongs to the site owner. For well over 15 years, scraping has been predominantly active.

Heart of the Matter

Recently, Google’s Webmaster Trends Analyst – John Mueller said on Twitter that he wouldn’t lose sleep over people scraping copyrighted content. He wrote, “there’s a lot of scraped content out there which has minimal visibility, it’s not always worth losing sleep over it.”

Many times when websites publish their articles, it is scraped almost within seconds. Such scraping is automated scraping, the rest use it for articles and newsletters, days later. Scrapping happens, and it is normal. People do copy and paste.

Back in 2011, Matt Cutts shared a video on Stolen Content Outranking You. Later in 2013, we understood that if you get penalized, then it is possible that Google may rank the stolen content above your original work.

Bing Webmaster Tools, which were often reported to be slow and outdated, just got a serious upgrade. The new and improved Bing Webmaster Tools portal, which was earlier released to a select group of users, was set to be made accessible to all users by the first week of March 2020.

The Idea Behind This New Development

According to Bing’s blog post, the backend datastore has been updated to improve data extraction and the user experience has been redesigned in an effort to make it more intuitive and user-friendly. Moreover, it states that the portal’s responsive design offers users the flexibility to access it across devices. 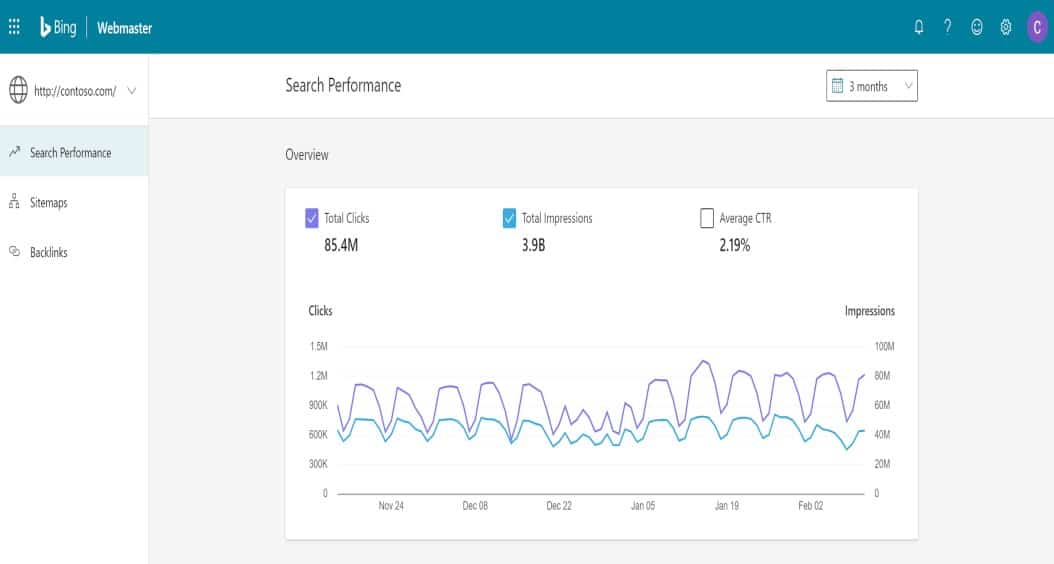 In their words, “The refreshed portal is being built with key principles of keeping the design Cleaner and Responsive with Faster and more Accessible tools.”

The new portal is said to have 3 key features:

Now would be the best time to get familiar with the new portal. It is being said that it will only be a few weeks before they start deprecating the functionality from the old portal. Users that use webmaster APIs to get data programmatically, can continue doing so as the Webmaster APIs will remain as-is.

Bing invites users to leave their feedback on Twitter and Facebook, and raise a service ticket with their support team, in case they encounter any issues with the new portal.