Company Background: Image One Facility Solutions is a rapidly expanding Chicago commercial cleaning company headquartered in Wood Dale, IL. Though a relatively new company, it has its origins in a company started by co-founder Tim Conn in 1985. The company’s goal is to disrupt the commercial cleaning space. The company has invested heavily in apps and digital marketing to differentiate and to expand their presence online. The company is rapidly expanding nationwide and has a goal of being in 12 cities nationwide this year.

Challenge: Being a relatively new company going against well established counterparts in the commercial cleaning space, it was a David Vs Goliath battle. The competitors were all well established and well funded. Image One’s challenge was lead generation. They wanted leads and wanted them fast to grow the company. The leads they were looking for fell into two categories: Businesses who needed commercial cleaning services and people who wanted to buy their franchises.

Solution: The team at eBizUniverse and Image One USA brainstormed strategies that would impact the bottom line in the shortest possible time. The strategies implemented include SEO, Social Media and LinkedIn Lead Generation.

Results: “333% increase in Conversions“ The lead generation strategies we implemented dramatically increased lead flow in a very short period. Traffic to their online properties traffic grew by 5400%, Conversions grew by 333% plus the LinkedIn program started bringing in fresh leads daily. LinkedIn Lead Gen Results: On LinkedIn we positioned Image One as an authority in commercial cleaning and allowed businesses seeking this service to easily connect and open a dialogue. eBizUniverse’s LinkedIn experts successfully turned a dormant LinkedIn profile into a profitable LinkedIn lead generating machine within just 2 months, and was able to convert profile views into conversations that ultimately led to appointments and sales. See the video testimonial from the Founder Tim Conn. 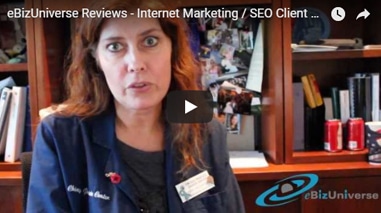