This year’s ‘golden” Super Bowl featuring the Carolina Panthers and the Denver Broncos is set to break quite a few records. And, no, there will be no mention of Peyton Manning’s possible broken records in this article.

The price of a 30-second Super Bowl spot has been steadily rising since Super Bowl XLIII, which had a minimum price of $2.4 million. By Super Bowl XLIX, that number had almost doubled, costing a staggering $4.5 million.

This year, the coveted spots have the hefty price tag of $5 million a pop, up 11% from the previous years. While one could potentially calculate that the NFL made $300 million on the spots, there are usually repeats and some mainstay brands, such as Budweiser, that have contracts with the NFL that allow them to get into the Super Bowl commercial lineup.

Either way, there are quite a few companies that will be showing their wares during the game. Looking over the list, many would never expect that these commercials would be in the same event. Ads will range from mobile games (Mobile Strike) to toothpaste (Colgate) to avocados (Avocados from Mexico). 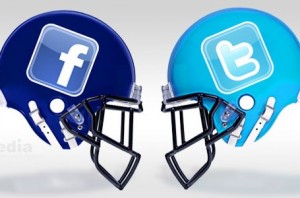 The fans are even more invested, and companies have quite a bit riding on that fact as well.

The Marriott has played their hand since before the big game, racking up nearly 54 million impressions on social media for fans to win a suite at the Super Bowl.

For the game itself, Twitter and Facebook have been a part of the hype, with 70% of news seekers on Twitter seeing Super Bowl news and Facebook’s at 55%, and will continue to be driving the game forward. Twitter is offering special emojis and Facebook will be introducing the Sports Stadium, which will give Facebook users a place to find game news and events in real time.

Denny Keens, the Head of North American Sports Partnerships, has predicted big things for the Super Bowl, saying that it will likely be the most popular event of 2016 for Twitter users.

Companies large and small are capitalizing on the nation’s Super Bowl fever. After all, it’s a great way to spread a brand and invigorate a business during one of the biggest events in American life.