All marketers dream of one thing and one thing only: that one of their marketing campaigns become viral. But only a few handfuls actually achieve this dream, mostly because successful marketing campaigns take work, creativity, and a certain set of skills that are usually hard to come by. Most importantly, a creative marketing campaign that goes viral needs people who think outside of the box.

The next five creative marketing campaigns have made people cry, laugh, feel, and most importantly, purchase the products or services marketed. Of course, most of these brands are already quite famous, but it doesn’t mean that you can’t learn a few lessons from them that you can use in your own future marketing efforts.

So, keep on reading to learn more about these campaigns, how they achieved publicity, and the lessons we can all learn from them.

2017 has seen the fastest marathon run in history, by Dennis Kimetto in Berlin. The run clocked in at 2 hours and 2 minutes, for a 26.2-mile journey. Noticing this, Nike started a campaign called #Breaking2. The company used the power of its incredible logo (it never hurts to have a friendly marketing logo) and its slogan and worked with three famous runners: Zersenay Tadese, Lelisa Desisa, and Eliud Kipchoge.

And then, in May 2017, Nike held its #Breaking2 marathon and broadcasted it live on YouTube, Facebook, and Twitter. The live was watched by 13.1 million people from all around the world, and the hashtag #Breaking2 was mentioned 84,459 times across these platforms in the course of two days. Impressive, right?

Always work on a marketing campaign that’s tailored for you. Nike chose running and challenging oneself, both things the brand is famous for. Another lesson we can learn here is to include your audience in your marketing efforts. Nike invited their fans, normal everyday people, to watch their marathon live and see history being remade. And even though Nike didn’t manage to actually break the record, they still managed to turn this into a viral campaign.

The “Alexa Has Lost Her Voice” campaign was a user experience that ran for weeks, before, during, and after the 2018 Super Bowl. The creative director for this campaign states:

“A week before the game, over a million consumers discovered Alexa was losing her voice, upon interacting with her on their device. People began tweeting, “What’s wrong with Alexa?” Overall, we created over 60 on-device interactions with Alexa, replacing her with world-famous celebrity voices, and created over 200 pieces of social content, as well as two TV spots for the big game.”

The campaign ended up going viral and earning more than 40 million views across all platforms.

The campaign shows just how important influencer marketing is in today’s world. This, coupled with the perfect video helped boost the brand and raise product awareness because people learned just how important Alexa was. It doesn’t hurt that the ad is also hilarious, and we all know humor speaks to people.

All videos have the same concept: they start off as greeting cards, then turn into congratulatory videos where both the brand and Fey congratulate millennial’s for some of the “firsts” in their young adult lives.

Using targeted marketing is a good choice when you want to involve your audience. By doing so, American Express created a bond with their market of choice and generated an incredible buzz.

4.   The Chicago Museum of Science and Industry – The “A Month at the Museum” Campaign

Yes, museums are probably the least sexy thing you might be able to think about right now (unless you’re a history buff like us, then museums are perfect), and yet, the Chicago Museum of Science and Industry’s campaign was one of the most successful in these last few years.

The “A Month at the Museum” campaign was a contest where one applicant could win a one month stay at the museum, while getting paid for it.

People from all around the world applied, which made the museum go viral.

Breaking stereotypes is always a good marketing move, especially if your image needs a face-lift. Advertising to millennial’s and using social media platforms is also the best way to do it, as the results for this campaign have shown.

Who hasn’t heard about the Starbucks Unicorn Frappuccino? This heavy, millennial-colored drink went viral on Instagram, even though it was only available for a week. The drink and the hashtag #UnicornFrappuccino, generated over 150,000 Instagram posts in less than 7 days, which makes this campaign one of the most successful ones in these last 3 years. 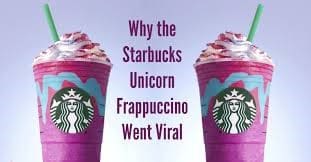 Using scarcity and Millennials’ FOMO (Fear Of Missing Out) coupled with social media is a great way to go viral. And if your products are extremely instagrammable, then that’s even better!

All viral marketing campaigns have one thing in common: creativity. They also all put their audience first, and answered some of their desires, which is a great way to make yourself and your brand known.