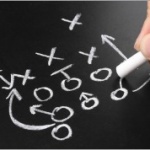 The principle of war, known as the Strategic Offensive, is much better remembered as the old adage, “The best defense is a good offense.” Yet, any sports fan knows that “special teams” is often the hero of the game.

The birth of today’s internet began back in 1969 with the government’s Advanced Research Projects Agency and the communications network that linked four major universities in the United States together. It was intended as an alternative communications system if the country came under military attack. 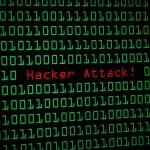 In 1982, the intelligence agency discovered a plan that Russia was going to steal computer software to gain control over the Trans-Siberian Pipeline. The United States changed the coding in that software causing the pipeline to explode and cyber-attacks were born.

In 1986, just four years later, the first hacking investigation took place tracing the hacker to Germany after he had broken into multiple computers at universities and government computers around the U.S.

Today every person, every business, and every government agency needs to be aware of how personal or confidential information is handled. There are hackers who break into computers to steal information for personal gain, some believe they are crusading for a cause, and others just like the thrill or the challenge of breaking into systems that are considered impenetrable.

No matter how much we advance there will always be someone looking to exploit a weakness; we literally create the next generation of hackers with every update designed to prevent hacking.

Any successful team is made up of different talents coming together as a complete unit to get the job done; in April 2016, the government is going to add a “special teams” area to their talent pool. Businesses have been using hackers to test computer security systems with great success, and now, the U.S. government is stealing that page from the playbook. Inviting external, but vetted hackers to try breaching selected public websites. The offense builds it – the defense protects it – special teams finds the weak spots making us stronger and more successful against future cyber-attacks.