When an emergency arises and you need help, you would want your fire personnel or police to be there as soon as they can. Thanks to the rise in popularity and ease of use of social media, local police and the fire departments have a very efficient method to receive the information and alert the public.  Agencies are now tracking social media statuses full time to track emergencies.

There are also other ways police and fire personnel are using social media for the benefit of the public they promise to serve and protect. 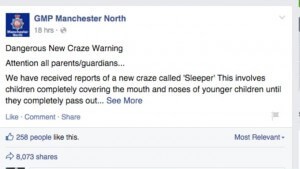 In the past, if there was a dangerous criminal on the run, police departments would have limited methods to immediately issue warnings (i.e. interrupting regularly scheduled television programming or 24-7 news radio stations).

With the ease of use of social media, its easy today to warn thousands of people within seconds as people are more glued than ever to their computer screens and mobile phones.  Social media announcements are a quicker way reach to many people. Fire departments use social media the same way too, especially now that forest and brush fires are becoming more common with droughts.

A Venue to Interact with People

The trust between law enforcement and the public is important. That is why police departments are using various social media platforms in order to interact with people.  This includes Twitter, Facebook, YouTube, and Pinterest.

Better communication between the police and the public encourages trust, which encourages compliance. In the same way, fire department personnel also use social media to talk to people about fire safety, what to do when a fire breaks out, and basic CPR practices.

With the increasing number of reports about police abuse, law enforcement is using social media to share their side of the story that the mainstream media may have missed. This is very important to restore the people’s faith in law enforcement.