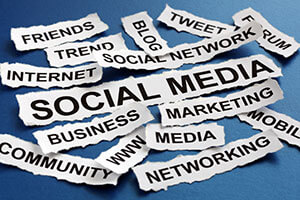 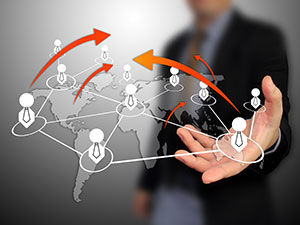 It’s no secret that social media has grown to become a necessity in any online marketing strategy. Whether a brand wants to drive attention to its company, product or professional services, social media is a well-known, cost-effective way of attracting positive attention (in most cases). On the other hand, without following the specific protocol of social media branding, the careless use of these platforms can damage a business in a matter of days.

Within the past few years, social networks like Facebook, Twitter, and LinkedIn have become widely recognized as powerful tools for communication, both in the B2C and B2B industries. And whether you are aware of it or not, your prospective employers, partners, customers and competitors could be viewing your posts at any moment. With this in mind, it’s important to maintain best practices so that your social media strategy effectively supports your business goals and best showcases your brand’s personality, and on multiple channels.

On these newly crowded channels, it can be difficult for consumers and brands alike to separate the wheat from the chaff. We’ve assembled two examples of brands who have their social media game on lock. Read on to find out how you can cut through the competition and reach your fans like never before:

Old Spice Makes the Comeback of All Comebacks At the end of 2009, Old Spice was an aging brand. Their customers were old; their reputation was old…and they were in danger. Obviously, a reboot was in order. And what a reboot it was!

During the Super Bowl of 2010, Old Spice launched their “The Man Your Man Could Smell Like” campaign, featuring former NFL player Isaiah Mustafa. Mustafa talks to the “ladies of the audience,” trying to convince them to buy Old Spice for their man while staring directly into the camera. It was a hit, racking up 26 million views on YouTube.

If Old Spice had stopped there, it would have just been a great online commercial. But what followed five months later was pure social media genius: Mr. Old Spice, as Mustafa was now called, jumped onto Twitter to answer questions from fans—in real time, via YouTube.

When selecting who to answer, the Old Spice Social Media team had a novel and crucial approach: they selected fans not only on the potential of their questions, but also selected them based on their influence on social media. Thus, when they interacted with a fan, they could be sure that his or her response would get maximum coverage.

The influence-filtering approach, combined with the real-time nature of the campaign, left fans sitting at the edge of their seats. It was a recipe for success that boosted Old Spice to its status as the number-one branded channel on YouTube. Numbers later showed that it drove sales, too: Old Spice reported that sales doubled in the month following the campaign.

The bottom line: by responding to their fans according to influence, Old Spice was able to combine high production values with spontaneity and still count on having an impact.

We All Scream for Fourth Meal!

Of all the fast food restaurants, who knew that Taco Bell would be the one to conquer social media? It’s true! The company’s flippant, irreverent, yet ultimately best-friendy tone turned out to be perfectly suited to social media marketing, particularly for speaking to that ever-elusive generation: the coveted millennials.

Using a sassy mix of English and Spanish, Taco Bell encouraged its fans, followers, and subscribers to “Live Más” and “Think outside the bun.” But that was just the beginning. What really sets Taco Bell apart from their competition is their commitment to two-way, fun, and productive communication. 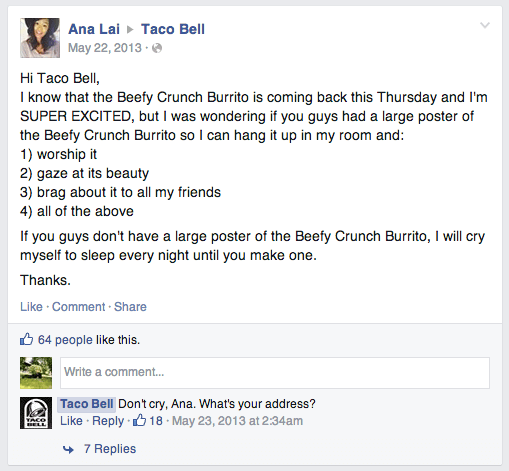 One 17-year-old fan posted a request to their Facebook wall: “will you send me a poster of my favorite burrito?” To her surprise, Taco Bell not only agreed, but one-upped her. They sent her a giant poster taller than she was, they liked and commented on her Instagram feed with the acronym “BFFAE,” Best Friends Forever And Ever. 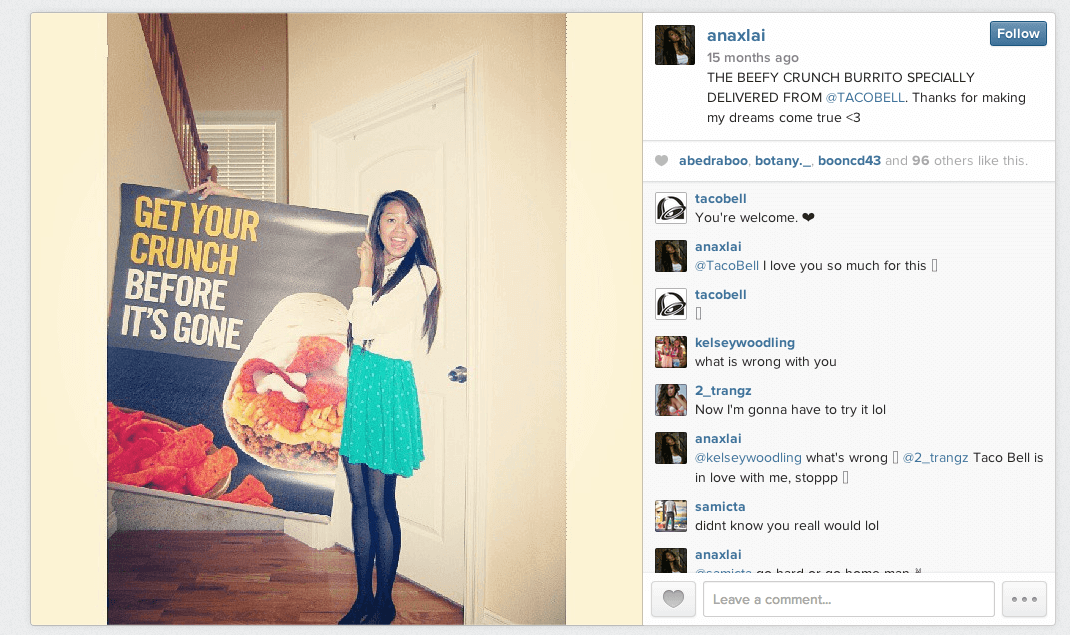 The bottom line: Taco Bell treats every interaction with a customer on social media as a chance to create a fan.

Thinking Outside the Box with Social Media

Consumers today crave honesty and authenticity from their brands. The definition of professionality is changing; it’s no longer enough to be polite and respectful. Today, brands are expected to be funny and candid as well. In their own ways, Taco Bell and Old Spice have each managed to mix humor, authenticity, and just the right amount of silliness to achieve a perfectly balance social media presence.

There are a lot of social media platforms out there and realistically unless you are a huge national brand your chances of dominating them all for your niche is slim to none which is why many businesses focus on just a few at a time. Many people discredit Google+ as a flop and don’t see much value in spending time there. But with that attitude you could be missing out on a huge opportunity, here’s why.

Since Google dominates the search engines it makes sense that having a presence on Google+ can help boost your SEO efforts. If you have a Google+ account you can register your blog posts with Google Authorship and increase your exposure in search engine results. Your results will stand out with a photo of you and link to your Google+ profile. 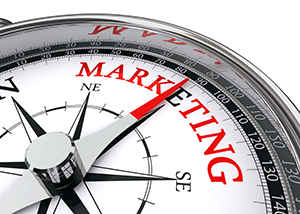 Who doesn’t love some subtle (and free!) marketing? As a little bonus, anyone you e-mail that happens to be using a Gmail account will see a small ad to the left of the message with a direct link to follow you on Google+. You can also use a lot of Google’s integrated features like Google Hangouts to interact with users. This doesn’t reach all of your audience but it’s free, so who’s complaining?

There are more Google+ users than you might think (around 540 million active users) and they generally spend less time on Google+ than they do on Facebook, but you know what that means – less competition! With less noise and fewer hands in the air waving for attention you have a better chance at being seen and interacting with potential customers. The regular users of Google+ tend to be more business and professional related so know your audience and be visible where they hang out!

Ready to get started on Google+? Start by adding eBizUniverse to your circles.