Let’s face it – Google Chrome is the fastest browser of them all. This is all due to the multi-process architecture which gives it a lot of flexibility, and a light core which prevents it to be a base for plugins (something that Firefox and the Internet Explorer can relate to).

Chrome is the Go-To Browser

Due to a new data compression algorithm that the teams have been developing over the past few months, every Chrome user is expected to get a boost in the performance of the browser and see faster loading times than ever. The increase speed is all due to the algorithm named Brotli, which launched in the last stable Chrome release.

As Google says, Brotli is an algorithm that is able to speed up Chrome from 20 to 26 percent and make it more efficient than ever. The science in this algorithm leverages a compression feature which ‘zips up’ sites faster and results with faster page loads. 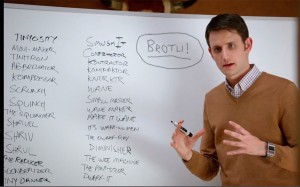 Ok, and where is the mobile part in all this?

Apparently the mobile viewers are getting a revamp with Brotli as well. Using Chrome on a mobile device is a seamless experience, but will be among the software getting better by benefiting every user with lower data transfer fees and reduced battery use.

Kill Two Birds with One Stone

Yes – both mobile and desktop users will be expecting minimum time to load up pages, switch between tabs and minimize Chrome. The main point we can take from all of this is that Google knows their way of improving the user experience.

And the best part?

You can optimize the Brotli as well – whether it’s for your Mozilla or any other browser. The secret in this lies in the open-source code, which can be used by everyone – and in any competing browser.

So in the end, is there anything we can say but thanks, good guy Google?